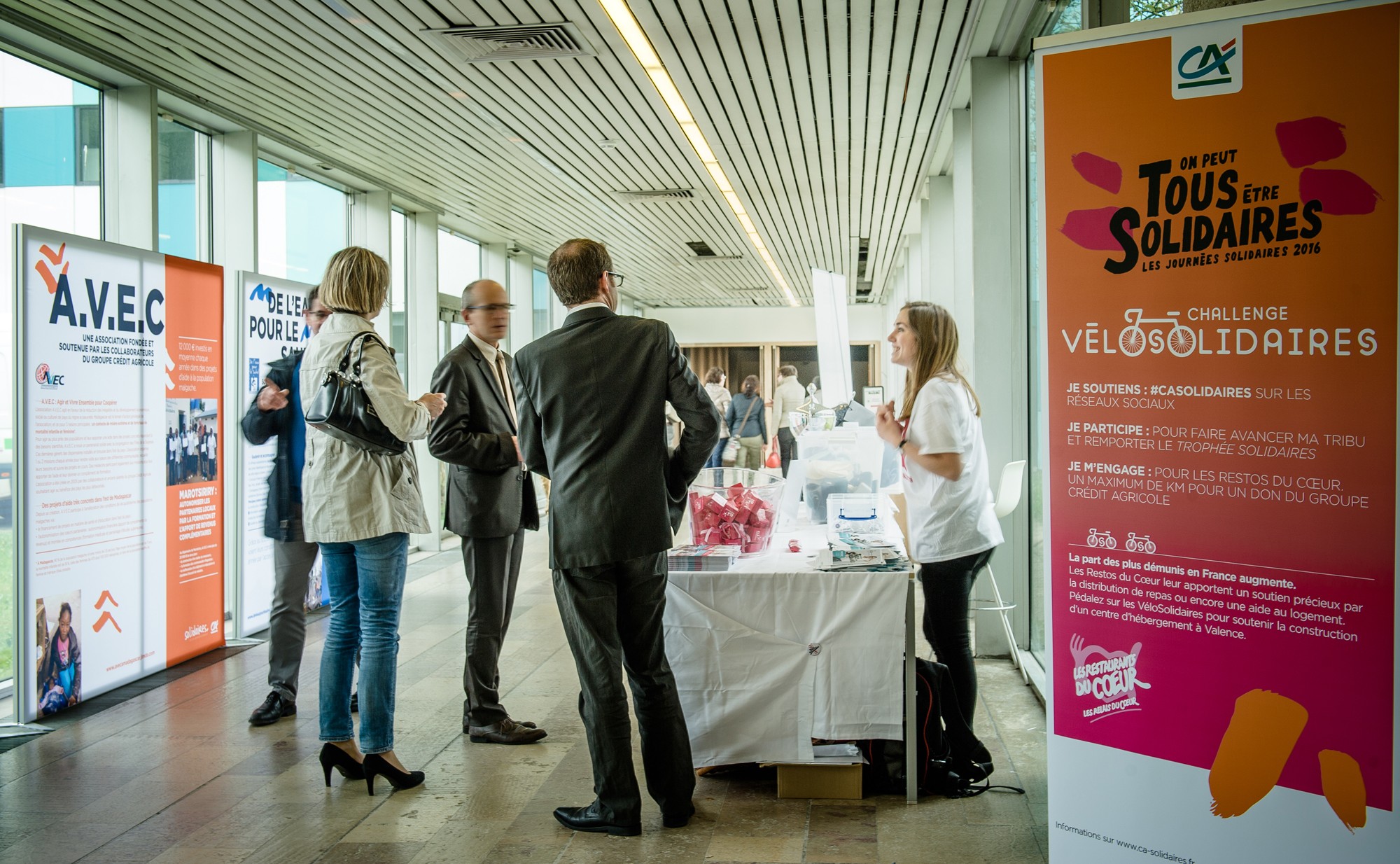 For the 5th edition of its Journées Solidaires, Crédit Agricole S.A. wanted to make its solidarity program even more meaningful, mobilise as many employees as possible, and offer a teambuilding campaign that would unite all its subsidiaries. Our agency worked on a plan to promote every level of employee involvement, based on the principle that each person should be able to get involved in a way that takes into account their preferences, availability, motivation and personality.

The campaign—called “On peut TOUS être SOLIDAIRES” (“SOLIDARITY involves ALL of US”)—provided a rally cry around solidarity (“tous solidaires”) with an affirmation that each person’s involvement counts, making it possible to highlight employees coming from each subsidiary and from the Group’s various “Solidarity Tribes”.

The end result: more than 10,000 employees participated from 11 subsidiaries; €20,000 donated to Restos du Cœur thanks to the 12,200 kilometres pedalled on the VéloSolidaires; 145 kilograms of clothing donated for La Cravate Solidaire, 52 mobile phones donated for Ateliers du Bocage, and 346 pairs of eyeglasses donated for the Medico Lions Club.