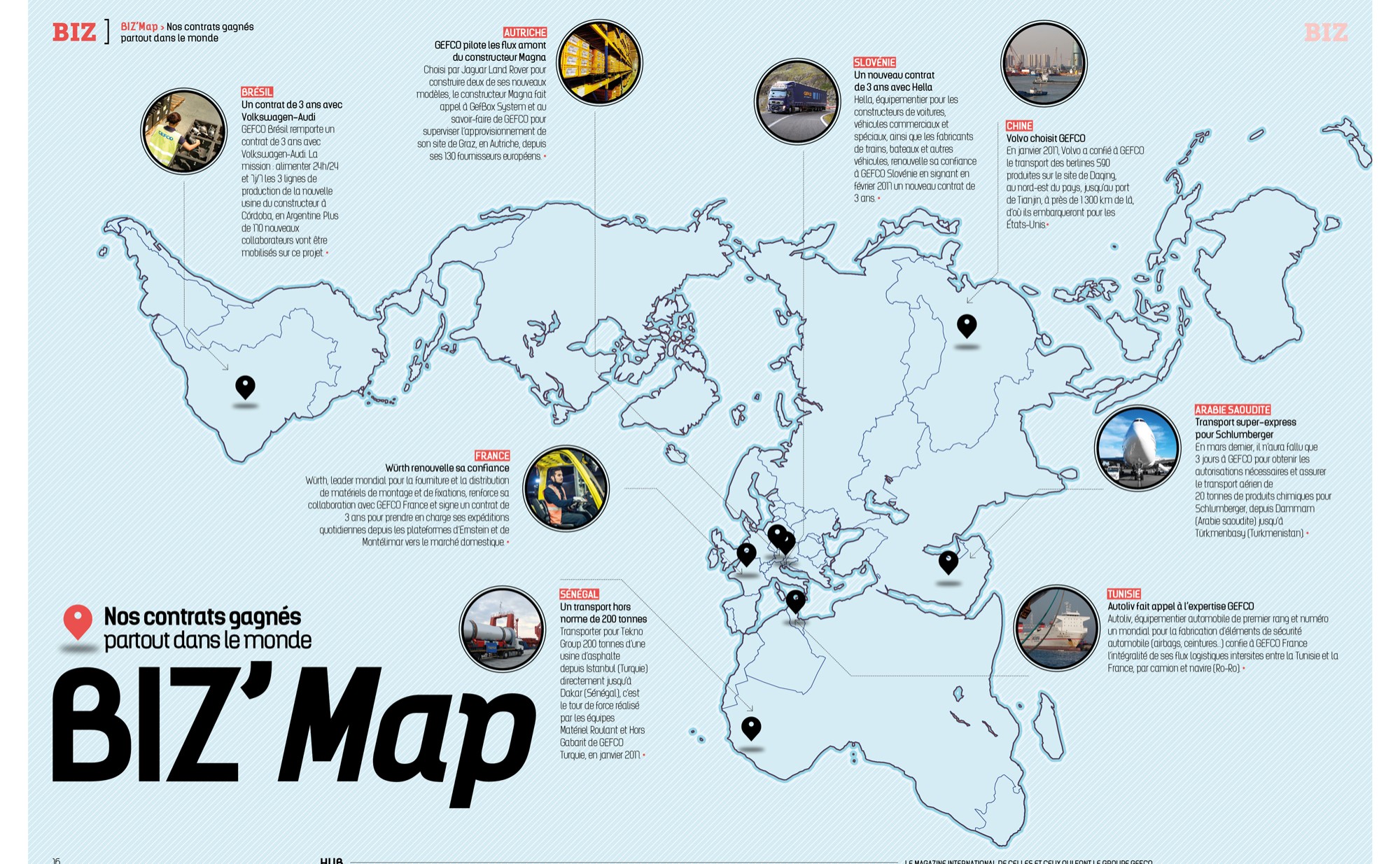 In 2015, industrial logistics leader GEFCO launched its international magazine in eight languages. The internal publication provides strategic insights, communicates on business success, and highlights the many talents of the dynamic Group.

Since its creation in 1949 by Peugeot, GEFCO has established itself as one of the international leaders in industrial logistics, accompanying the French automobile giant around the world.

In 2012, the PSA Group sold its stake of GEFCO to the Russian railway company RZD. The move launched a new chapter for GEFCO, one marked by territorial expansion and sectoral diversification. It was nothing short of a revolution for a company whose expertise was mainly in the field of automotive logistics.

In the context of this transformation, GEFCO rethought its internal communications. The objective was to share the strategic issues related to this process, highlight the company’s global success, disseminate good practices and celebrate the Group’s talents with its 12,000 employees worldwide. 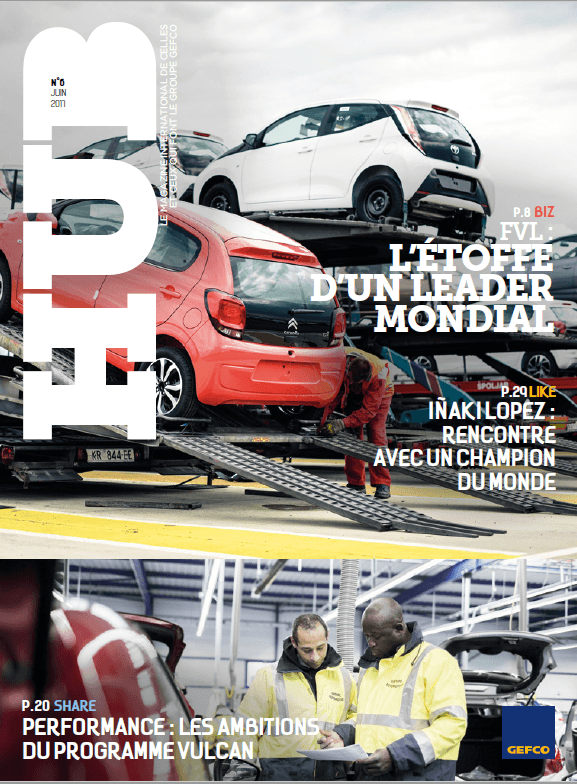 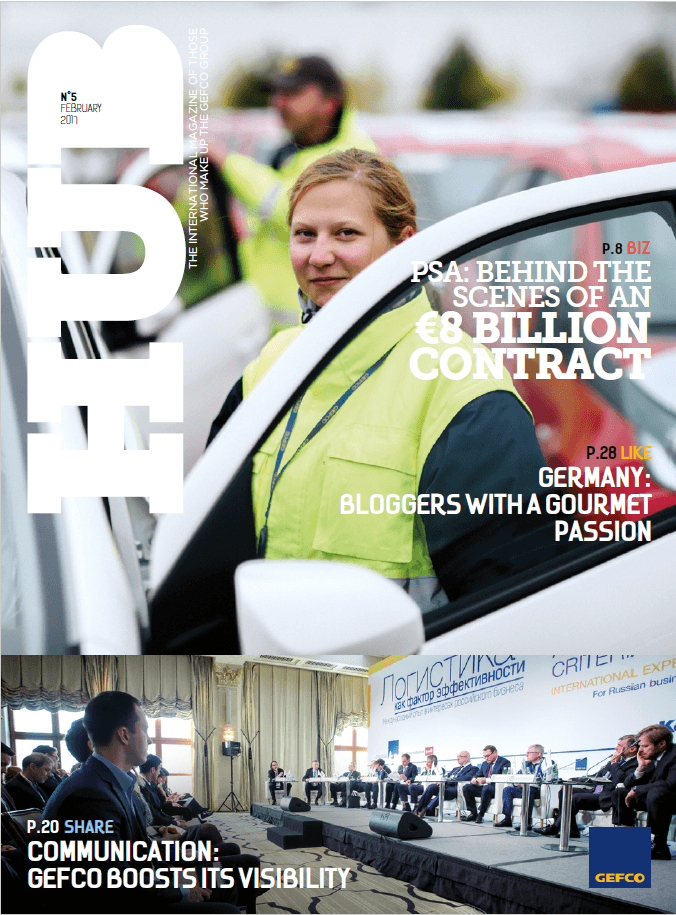 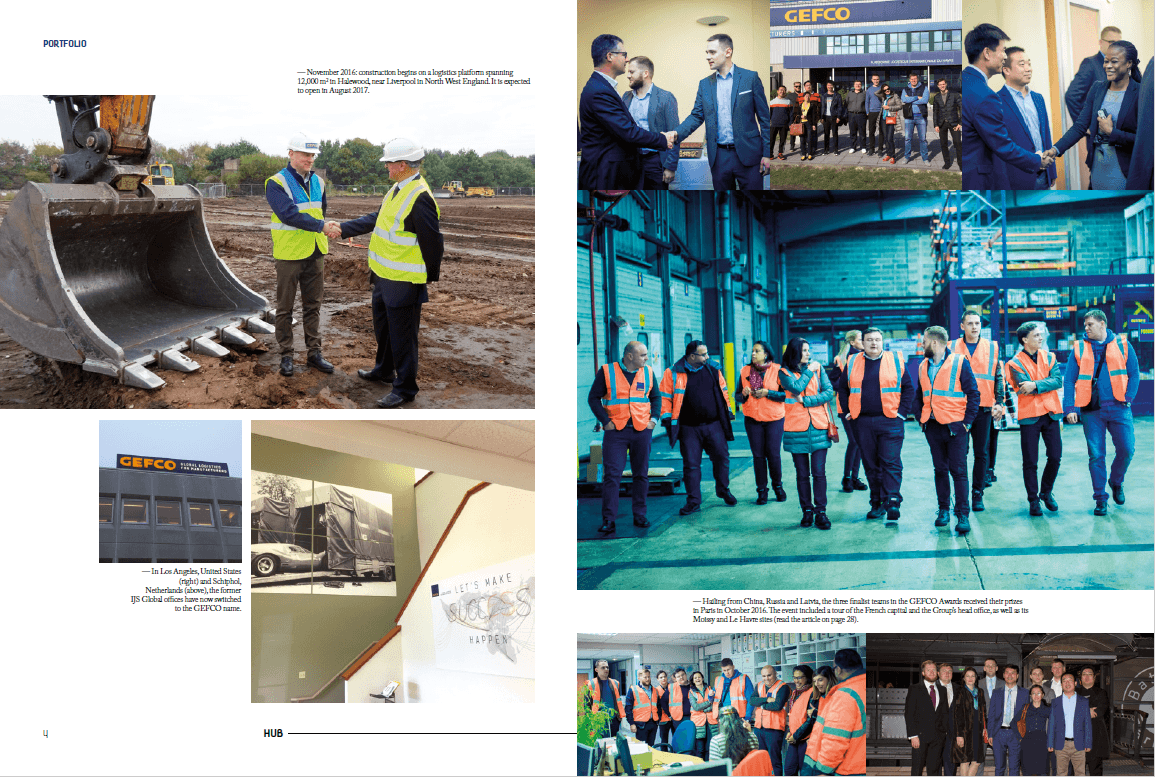 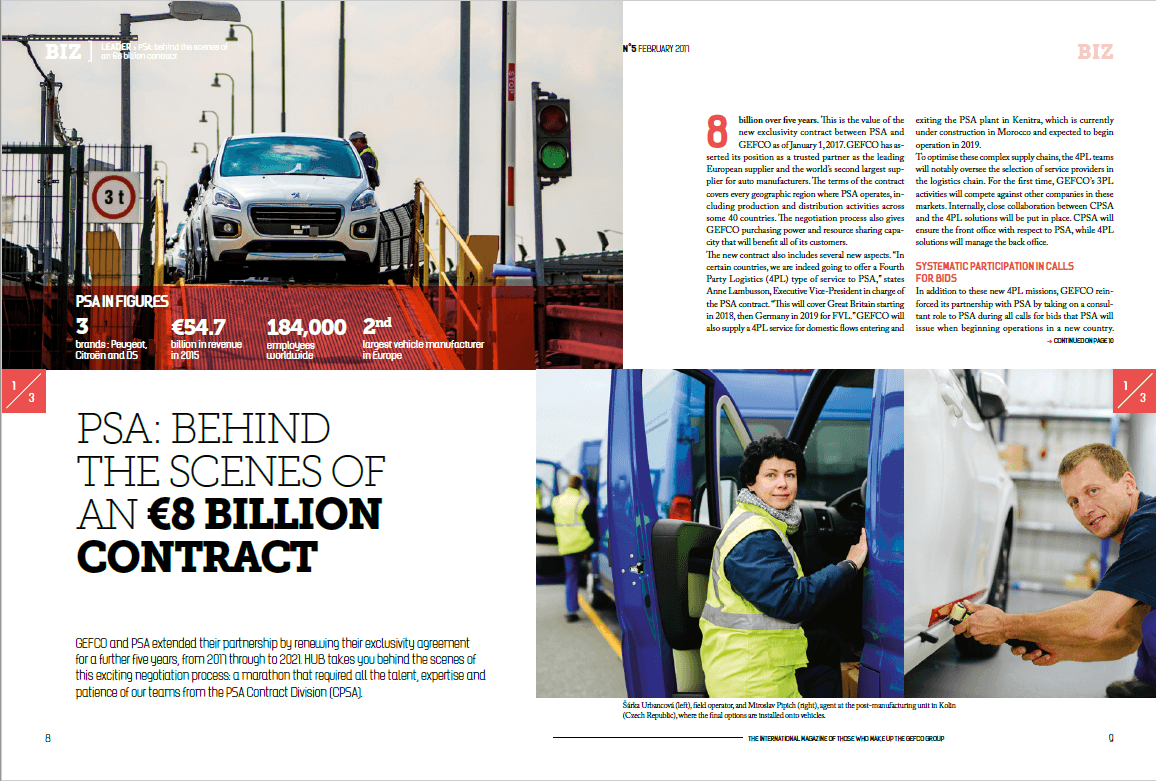 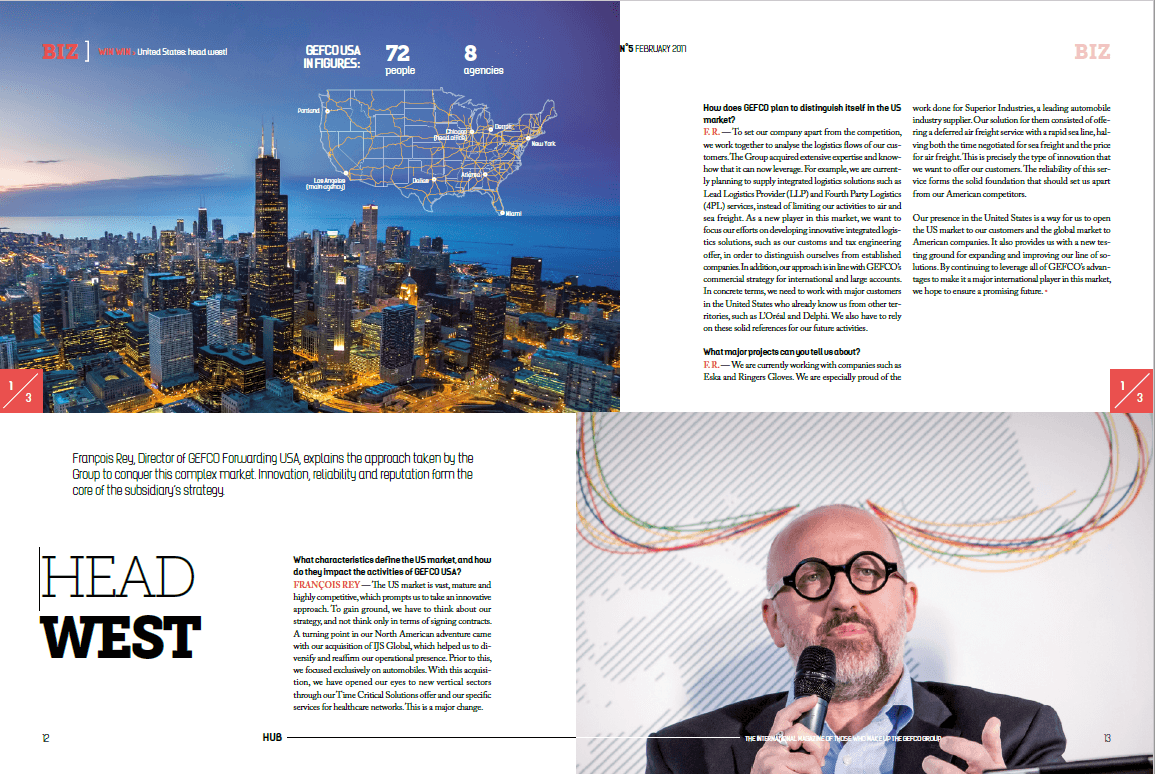 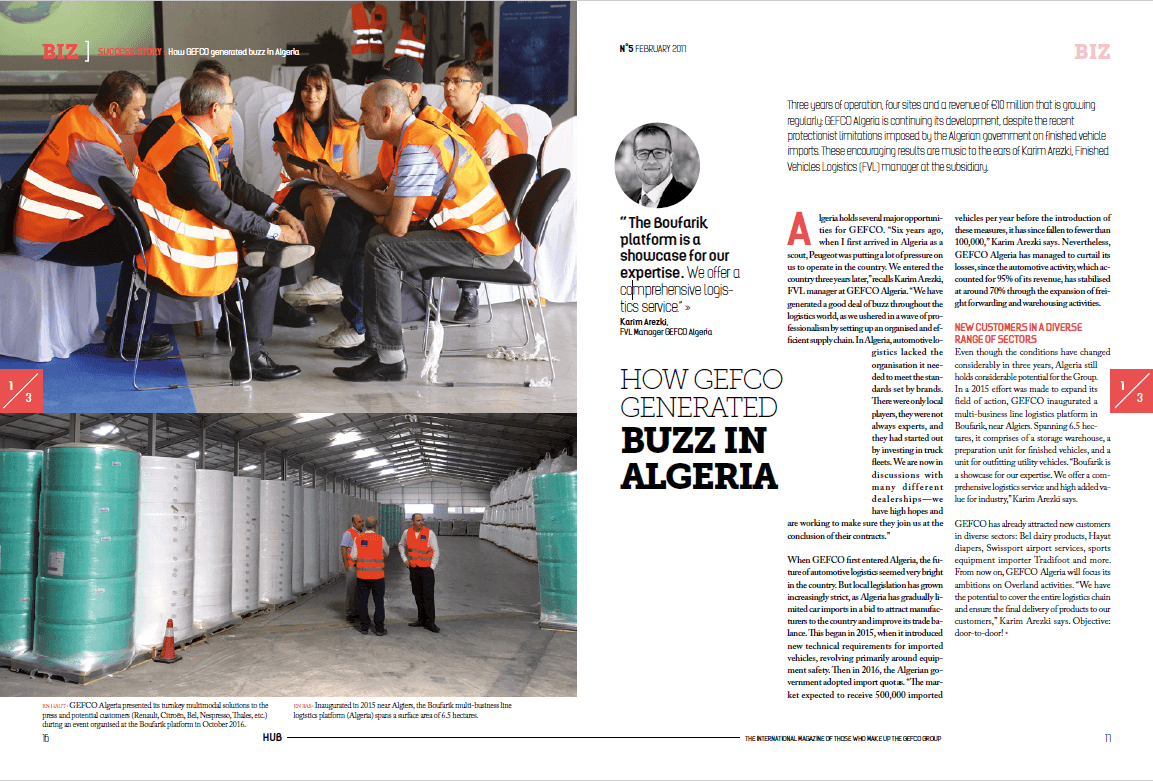 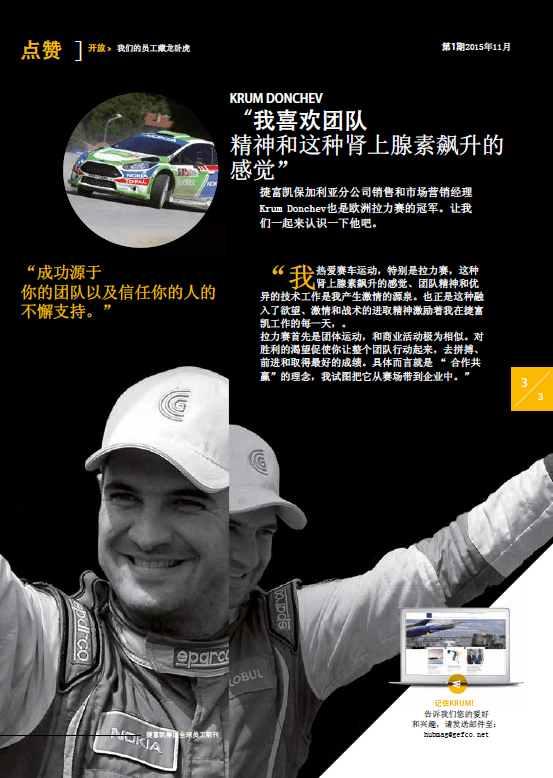 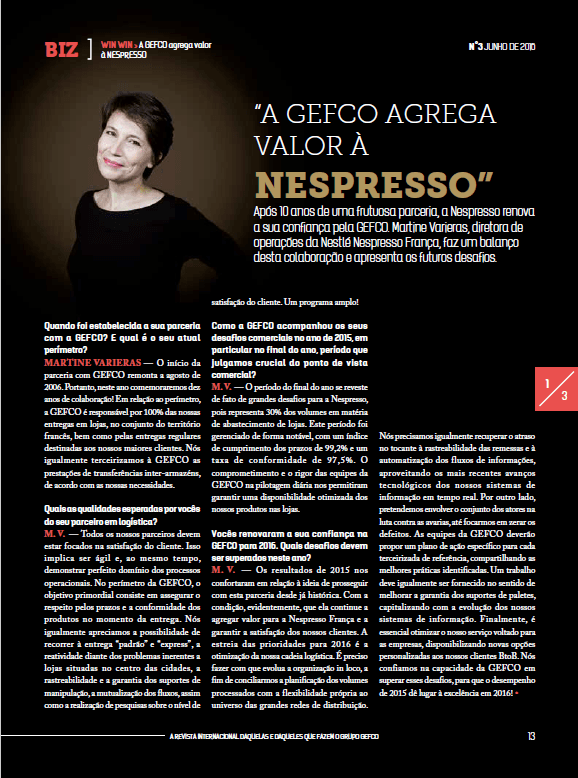 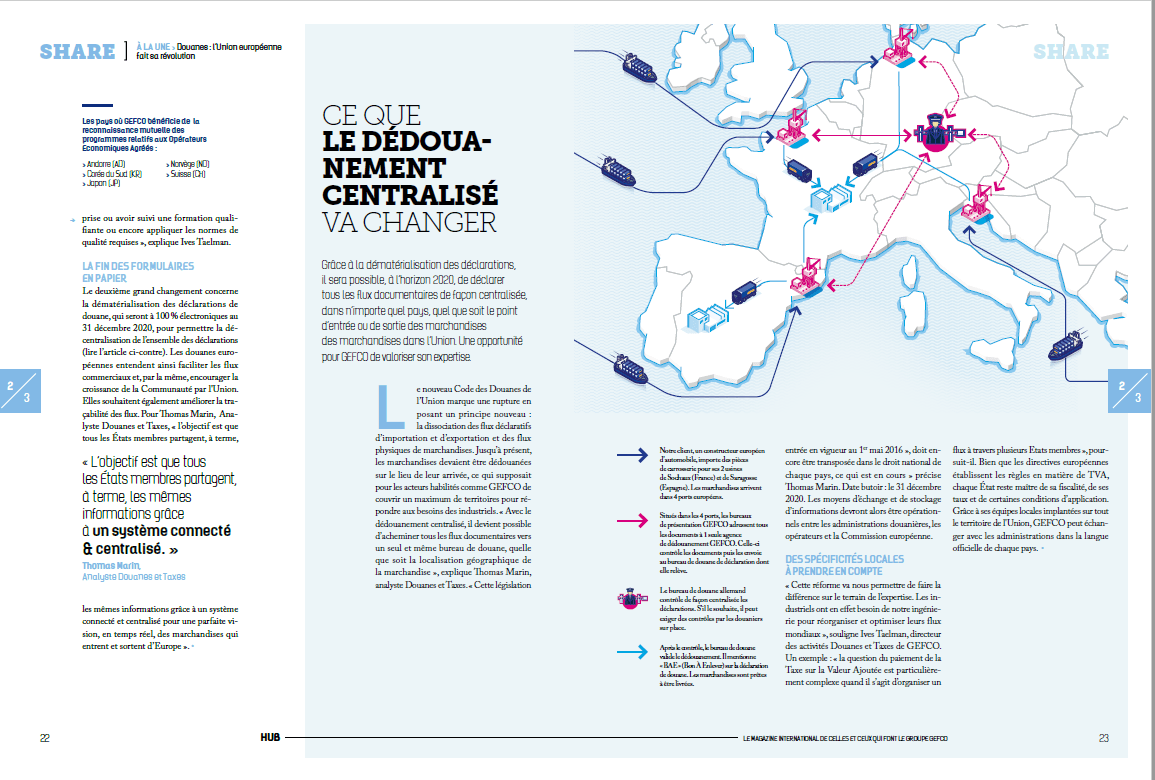 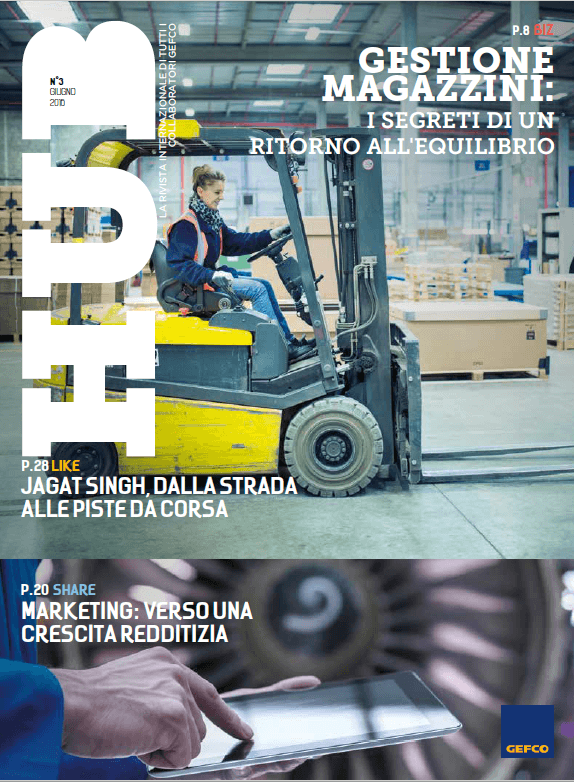 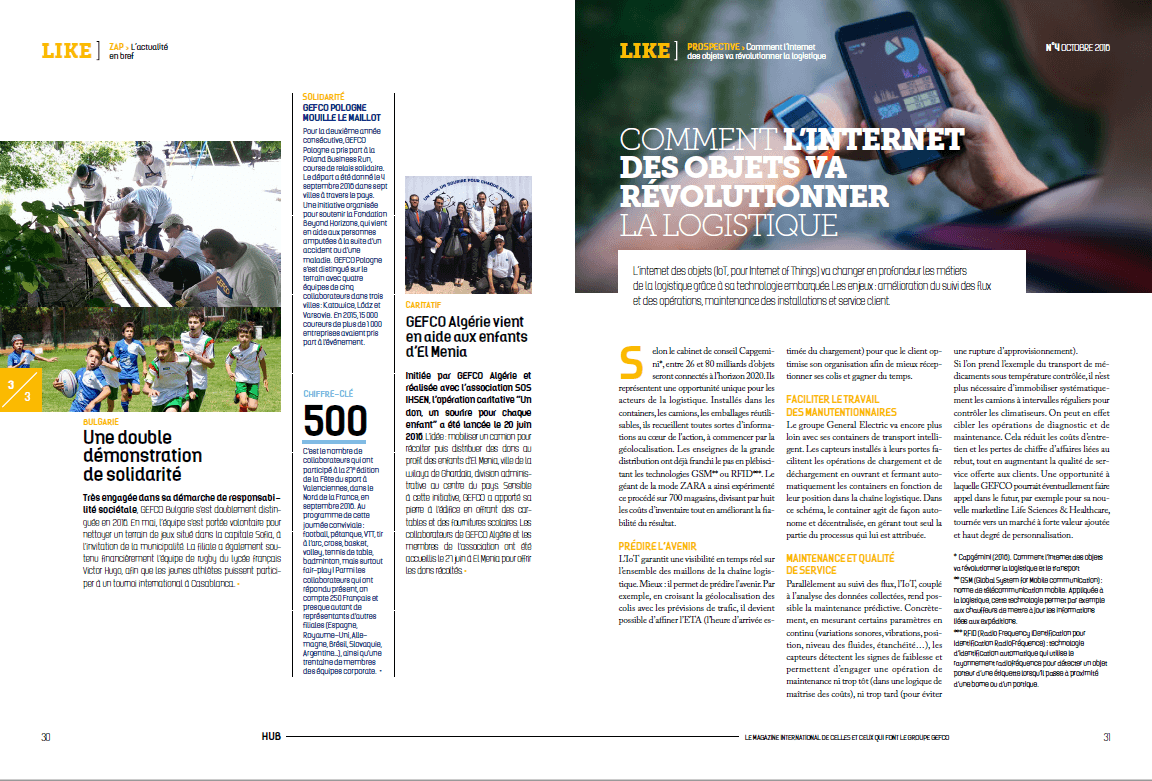 The result was HUB, a 32-page quarterly magazine launched in 2015 and published in eight languages ​​(French, English, German, Chinese, Spanish, Italian, Russian, and Portuguese). The format was short texts, presented in a striking layout with enough room for images and infographics. In short, a condensed and easy-to-digest overview of GEFCO activities.

Since its launch by the corporate communications department, HUB has been introduced to several subsidiaries thanks to a deployment kit consisting of turnkey models and editorial guidelines. For GEFCO, this creates a truly internal communication ecosystem where corporate teams and subsidiaries are able to speak with one voice. At the same time, Pelham Media contributed its expertise to the preparation of the Group’s annual report as well as the creation of editorial content for its intranet.