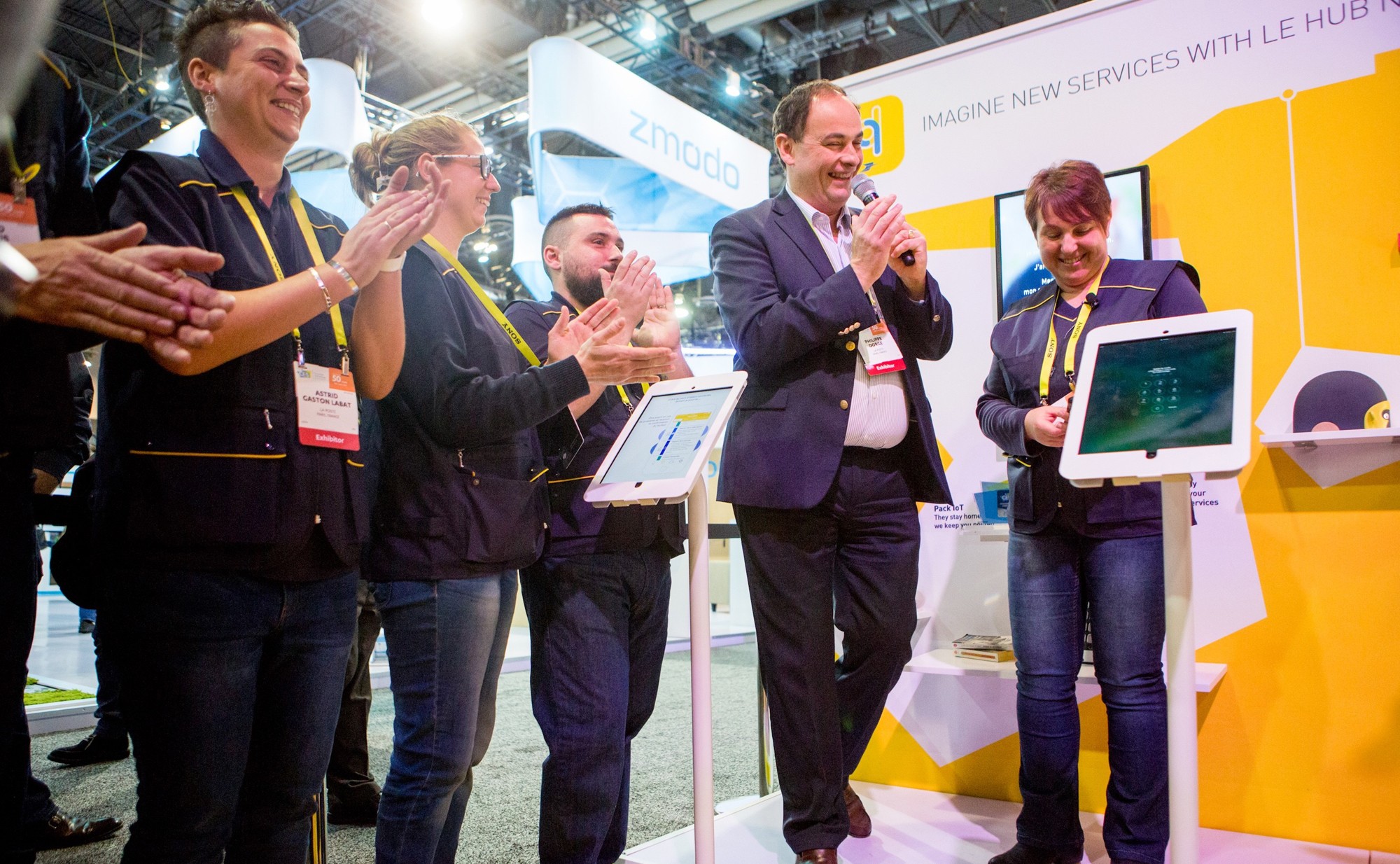 January 6, 2017, Las Vegas. The Consumer Electronics Show (CES), the world’s premier tech event, opened its doors for the conference’s 50th edition. Among the key players from Silicon Valley, La Poste Group may have seemed somewhat out of place. But, in fact, the Group earned the title of “Digital Company of the Year” in October 2016, and has set its sights on becoming the leading partner for the connected home.

La Poste Group also dared to say yes to an unusual project proposed by Le Parisien and our agency: to send six postal workers to CES! Their goal was to bring to life the world’s biggest tech conference for French audiences.

Over four days, the postal workers, with assistance from one of our American journalists, strolled through the aisles of CES to select and film 12 of their favourite innovations. Their reporting, published on Facebook and Le Parisien’s website through a media partnership, received 1.2 million views. The videos reached almost 2.5 million people. In addition, the five articles published on LeParisien.fr about the event received more than 27,000 views in just four days, with readers spending an average of 3.5 minutes on each article.